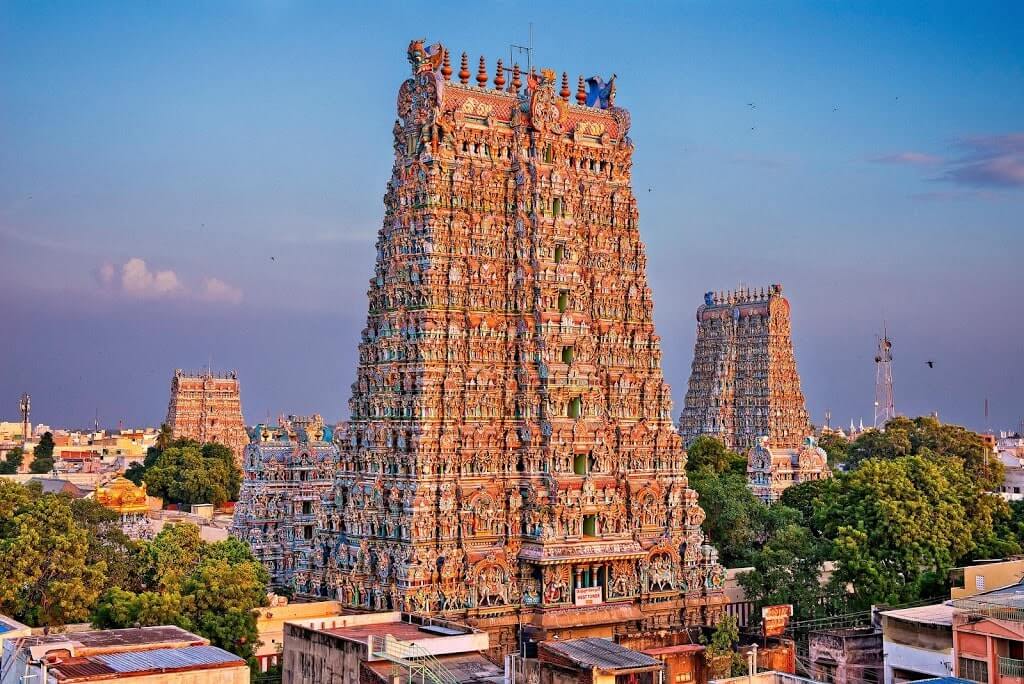 The Sri Ranganathaswamy Temple is a Hindu temple dedicated to Ranganatha, a form of the Supreme God, Maha Vishnu, located in Srirangam, Tiruchirapalli, Tamil Nadu, India. Constructed in the Dravidian architectural style, the temple is glorified by Alvars in their Divya Prabhanda and has the unique distinction of being the foremost among the 108 Divya Desams dedicated to Vishnu.

The Ranganathaswamy Temple at Srirangam, also known as Thiruvaranga Tirupati, is located about 12 kilometres (7.5 mi) north of the city of Tiruchirappalli.

The Temple was first Built by Dharma varma chola Then, Later Kaveri river flood destroyed the temple vimanam and later the Early Cholas King Killivalavan Rebuilt the temple complex present today. These inscriptions range in date between the 9th and 16th centuries.

During the period of invasion and plunder by the Ala ud Din Khilji’s Muslim general Malik Kafur and his Delhi Sultanate forces in 1311, the Arabic texts of the period state that he raided a “golden temple” on river “Kanobari” (Kaveri), destroyed the temple and took the plunder with the golden icon of the deity to Delhi. To console the daughter, the Sultan sent in his army again to bring it back, but this time they were not successful. According to other versions, the Muslim daughter followed the icon from Delhi to Srirangam on a horse, symbolizing that love brought back the icon after the war had taken it away.

The temple is aligned to the north-south and east-west axis, on an island surrounded by the Kaveri River. In particular, these shrines celebrate and commemorate the Tamil poet-saints and philosophers called the Alvars, as well Hindu philosophers such as Ramanuja and Manavala Mamunigal of Sri Vaishnavism tradition.

Despite the construction of various mandapas and gopuras over a span of many centuries, the architecture of the Ranganathaswamy temple is one of the better illustrations of Hindu temple planometric geometry per agama design texts in the Tamil tradition.

The sanctum does not show Brahma coming out of or connected to his navel either. However, the procession images of Sridevi, Bhudevi and Alagiyamanavalan reside within the sanctum in different places to ease their darshana (viewing).

Ranganayaki (Lakshmi) shrine is in the second precinct of the temple.

There are 21 gopurams (tower gateways), among which the towering Rajagopuram (shrine of the main gateway) is the tallest temple tower in Asia. The Vellai gopura (white tower) on the east side of the fourth enclosure has a steep pyramidal superstructure that reaches a height of almost 44 metres (144 ft).

The temple celebrates numerous festivals around the year including processions. These are called utsavam (celebrations).