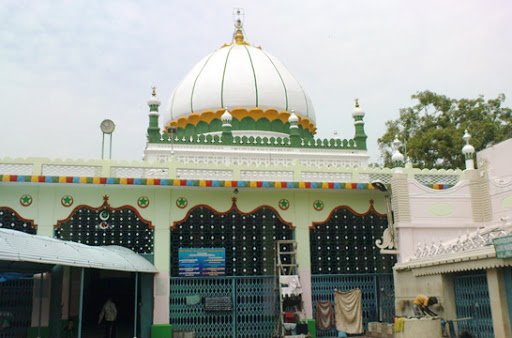 Nathar Shah (969–1039), also called Nadir Shah or Nathar Wali, was a Muslim mystic and preacher from the Middle East who migrated to Tamil Nadu in the 11th-century, where he travelled from area to area to preach the faith of Islam to the locals. He came to Trichy in the 11th century.

Nathar Wali’s origin is unclear, though various legends describe him as a Byzantine nobleman, who left his comfortable life in search of murshid (spiritual preceptor). He was a qalandar (unmarried saint) came to India along with 900 qalandars to spread Islam.

He died in Tiruchirappalli in 1039 and was buried in the city and a mosque constructed at the spot.Long after his death, Tiruchirappalli is still referred to by his followers as “Natharnagar”.