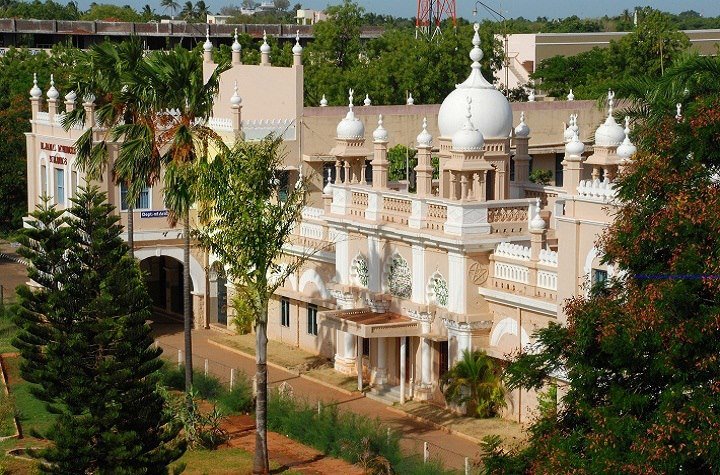 Jamal Mohamed College was founded in 1951, as an affiliated college to the University of Madras and then affiliated to Bharathidasan University, Tiruchirappalli, when it was formed in 1982. Jamal Mohamed College is situated in the central part of Tamil Nadu, Trichy. It’s primary objective is to provide higher education to the downtrodden and socially backward section of the society in general and Muslim minority in particular.

In January 2009, the College was accredited by NAAC with A-Grade (2nd Cycle) – CGPA 3.6 out of 4.0. Our College was bestowed with the unique honour of “CPE” status Phase-I and Phase-II by the University Grants Commission under the Scheme “Colleges with Potential for Excellence” in 2011 and 2016 respectively. We retained the ‘A’ Grade awarded by NAAC during the third cycle of accreditation in 2015.

To become a world class, highly acclaimed,innovative and competitive centre of academic and extra academic excellence in Higher Education by offering value added and socially relevant programmes to the students including minority, backward and socially disadvantaged sections of the society

MOTTO OF THE COLLEGE

‘Show us the right path’

The emblem of the college consists of a shield divided into four parts with a circle in the middle.